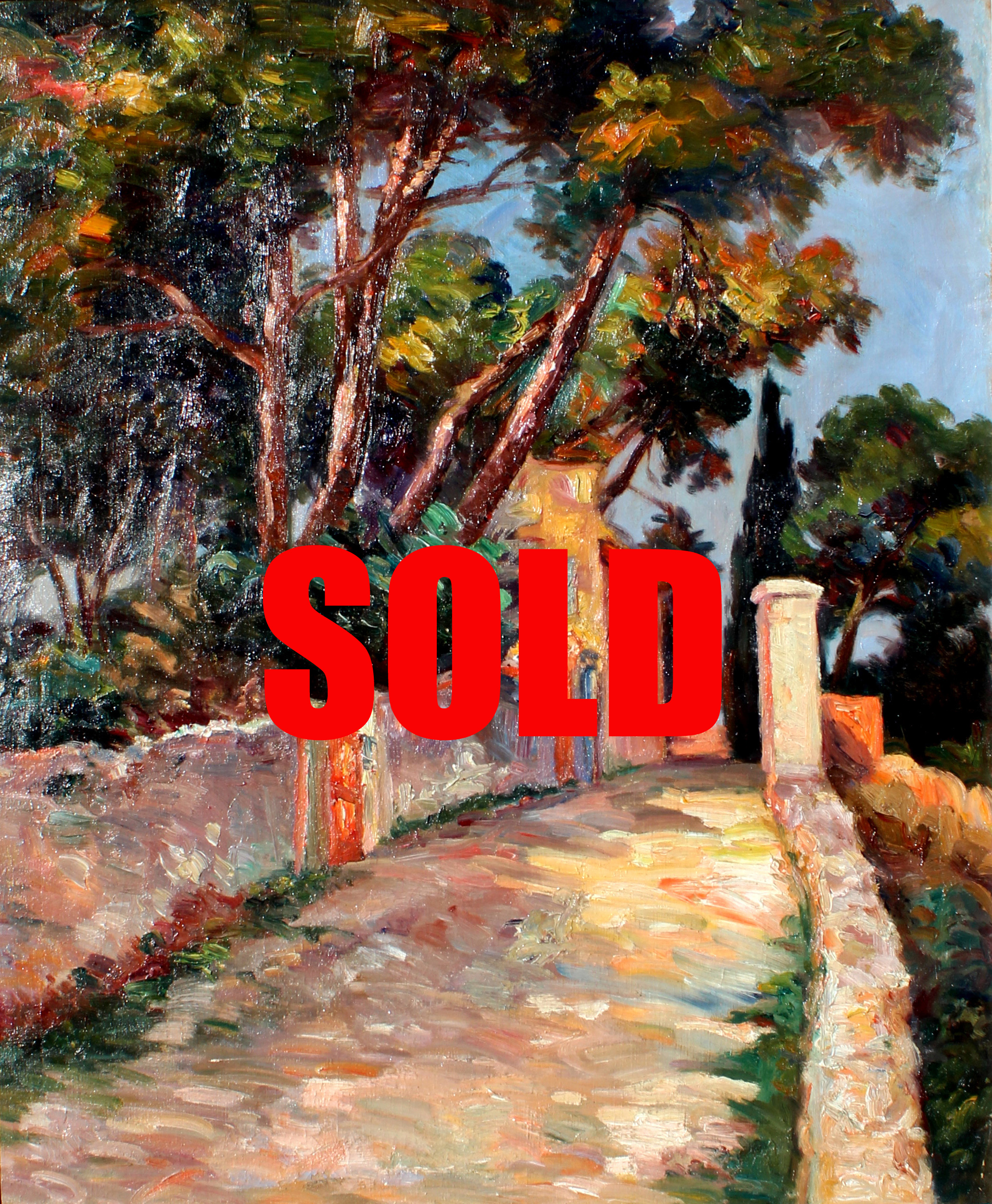 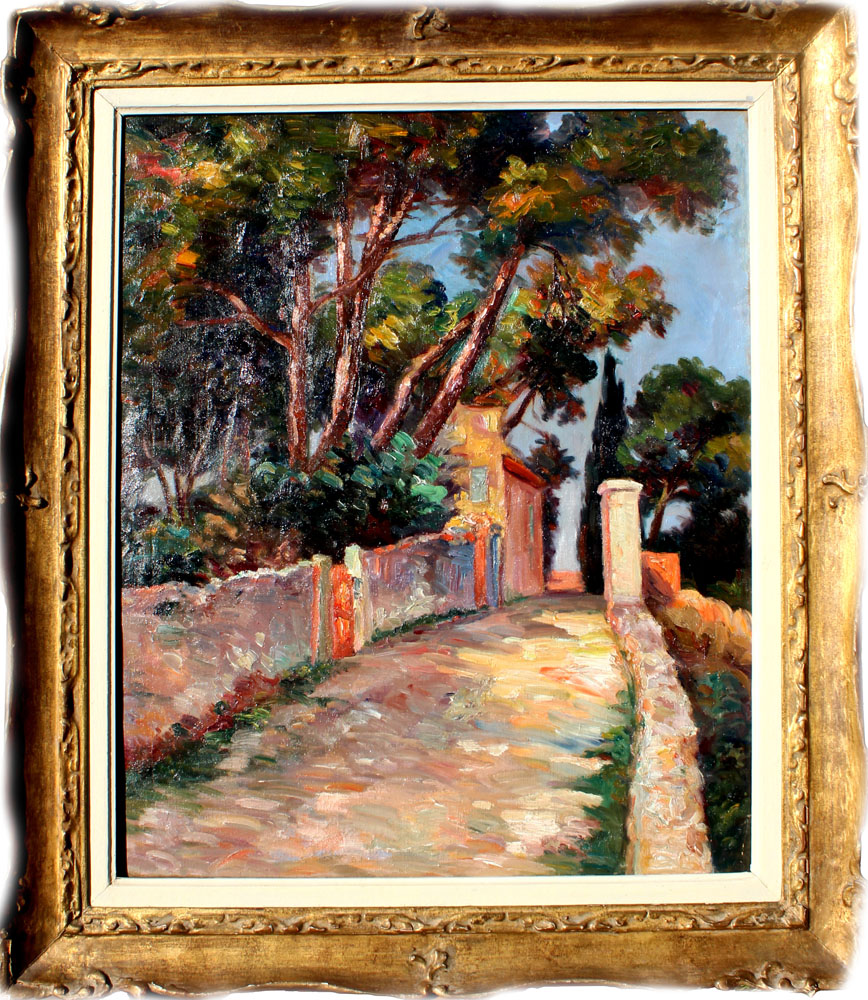 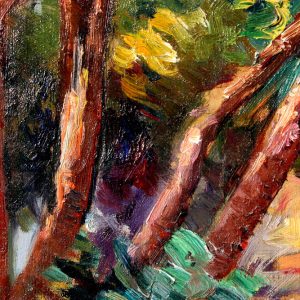 Born of French parents on April 3, 1878 in Madrid, Augustin Carrera showed a talent for drawing from a very young age and joined art schools very early. He studied first with Alphonse Moutte in Marseille then became a pupil of Léon Bonnat at the School of Fine Arts in Paris. A scholarship holder in the city, Carrera is one of the brightest subjects in the workshop and quickly stands out as a talented artist.

After his marriage Augustin Carrera entered a difficult period of his life. He then lived with his wife in a precarious situation.  Money was in short supply but rather than giving up painting it pushed him to draw with a new relentlessness.

In the galleries and museums he rubbed shoulders with, Carrera observed and immersed himself in the works of Cézanne, Gaugin and even Seurat. However it was Degas, Toulouse-Lautrec, Van Gogh, Monet and Pissaro who will have the greatest influence in his work. The landscape took on a completely different place in the paintings of Carrera. These elements which he considered as accessories became subjects in their own right in which he let burst the liveliness of his palette, allowing him to approach the painting in a way which is then completely new to him.

After receiving his second scholarship a few years earlier, in 1912 the artist benefited from the Indochina scholarship which marked a turning point in his work. This period, still little known to the public, gave birth to very beautiful paintings made directly there. Carrera resided in the Far East for eight months and brought back compositions to new subjects: temples, the banks of the Red River and scenes of local life. The king of Cambodia then entrusted him with the creation of monumental panels for his palace, which the artist will pose during his next trip in 1928.

In 1914, when war broke out, Augustin Carrera was mobilized. Finding himself in a state of convalescence in 1916, he moved to Allauch. During a trip to Spain in the years that followed, Carrera had a revelation when he discovered the works of El Greco and Velasquez. He then moved to Paris, in the Montparnasse district, a new European artistic centre which had just dethroned Montmartre. Unlike the locals at the time, Carrera was a sober man, often dressed in grey. The artist’s relationships with the politician but also collector and friend of painters, Albert Sarraut, intensified.

As early as 1910, the statesman immediately understood the importance of Carrera’s works and did not hesitate to include him in his collection, among the largest, which proved very useful for the career of Carrera. The painter then exhibited at numerous fairs, notably at the Salon des Tuileries, the Salon of French artists, the Salon des independants, the Musée des Arts Décoratifs, the Triennale Quai Malaquais or even the International Exhibition of 1937 during which he receives a gold medal.

The art critic François Thiébault-Sisson followed him assiduously in the newspaper “Le Temps” and allowed him to assert his notoriety, already acquired during exhibitions at the Druet gallery but also thanks to a contract with the Georges Petit gallery which gave him the opportunity to exhibit one of his favourite themes: the female nude. Carrera’s works became very popular with collectors and the artist obtained several commissions. He produced two decorative panels for the Ministry of the Colonies, strongly influenced by his stay in Indochina. Fascinated by the theatre, he frequented numerous establishments and was entrusted with the production of the sets for the Marseille Opera in 1924.

Very close to the painters of the Provencal school, Carrera invited Hurard, Eichacker, De Groux, Audibert and Verdilhan to create these monumental decorations alongside him. Carrera was crowned knight of the Legion of Honor in 1920 and officer in 1928. If the talent of Augustin Carrera was displayed in the landscapes which he realised within the framework of monumental decorations and his official orders, the uniqueness of his art was revealed in the female nude. The painter assiduously studied the anatomical detail, which he transcribed on the canvas with attention while giving a very particular importance to the light and the harmony of the tones. Carrera’s nudes are reminiscent of the sensuality and eroticism of sculpture. Their modelling is revealed by light, sculpted by the gray color of the flesh and the paste, the magnitude of which attracts and holds the eye.

Antoine Bourdelle said about him “Carrera found the way in his painting to combine the boldness of the colours and the exquisite finesse of the atmosphere. Marseillais you have a great painter! Look after him!”